A snow sculpture by Jason Quick and Jason Arney-O’Neil

‘Yogi’ The practitioner of yoga; mentally finding a path to enlightenment. 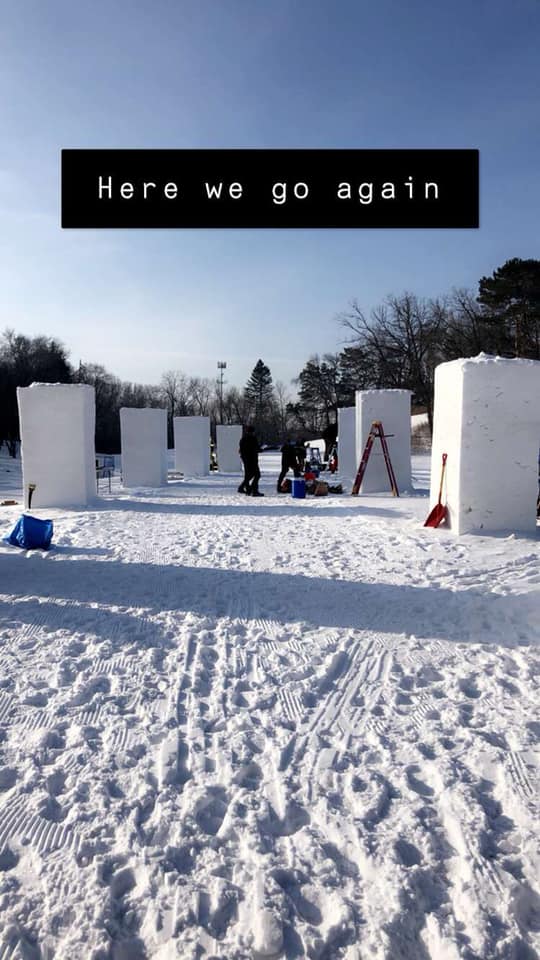 Preparations started 5 days earlier. No ideas in mind and still hungover from our weekend sculpting at the St. Paul Winter Carnival.

The yoga theme has been in the back of my mind for a while. It was jogged forward by a couple of conversations with friends and new faces during the week (super vague story about the conception). It seemed that now was the time to create a piece about ethical practice and mindfulness.

The animal?: Is it a Pig, Bear, or Dog? Does it matter? Originally intended to be a Bear (Yogi the Bear) it was interpreted by most to be a pig. The animal symbol doesn’t matter in this story, it can be whatever you want it to be, as long as you know it’s a mindful-being.

The process of ‘Yogi’ in photos: 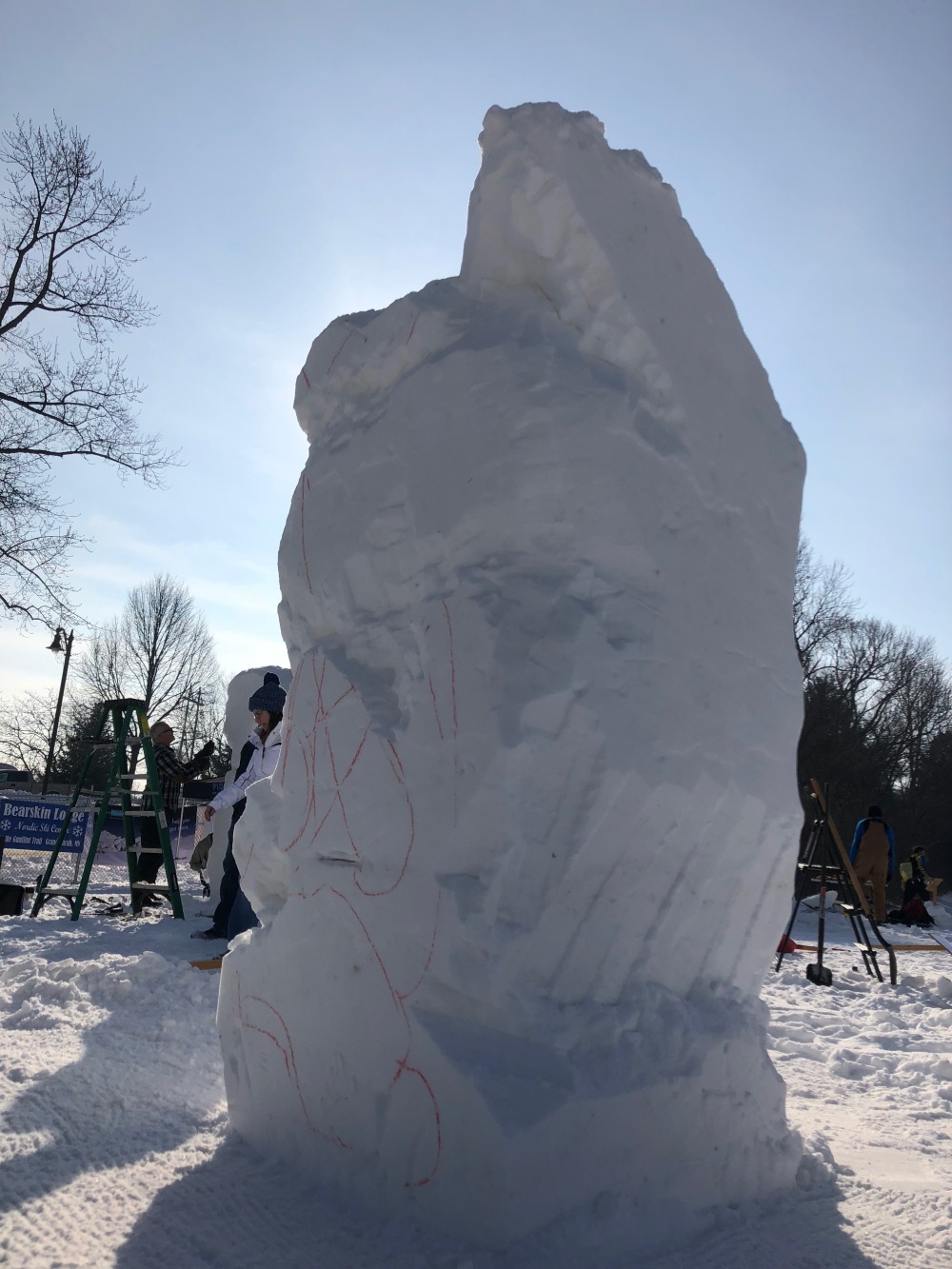